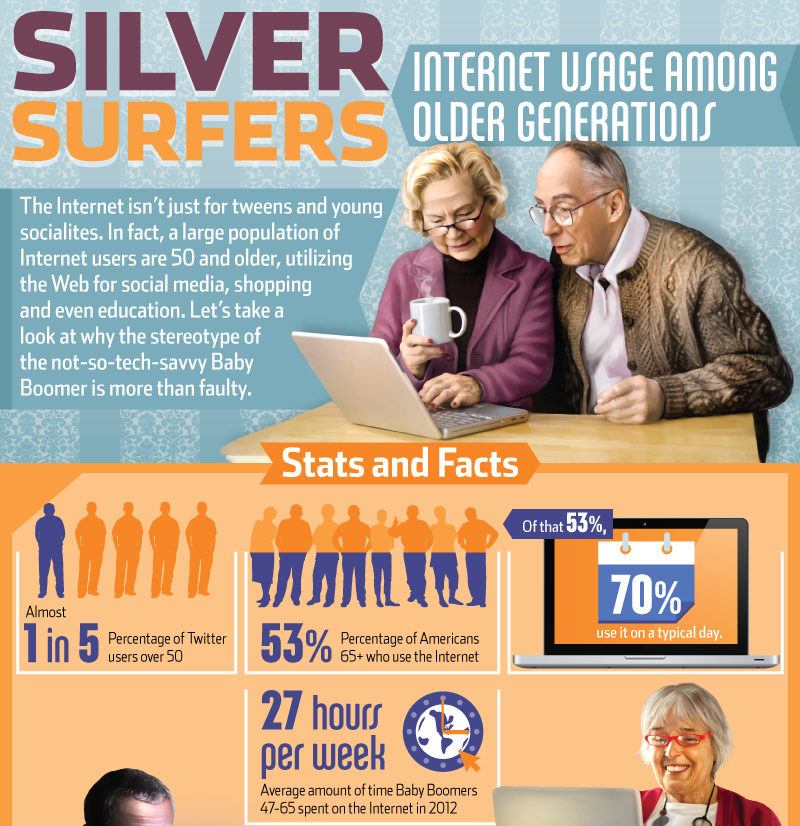 The Internet isn’t just for tweens and young socialites. In fact, a large population of Internet users are 50 and older, utilizing the Web for social media, shopping and even education. Let’s take a look at why the stereotype of the not-so-tech-savvy Baby Boomer is more than faulty.

Maybe it’s because they have the most money of any age group, or maybe it’s because they like the convenience; whatever the reason, adults 50 and older constitute a majority of the online consumer population.
59%
Percentage of online seniors who have made an online purchase in the past three months
$7 billion
Average annual amount spent online by adults aged 50+
Adults 50+ account for 80% of all online luxury travel spending.